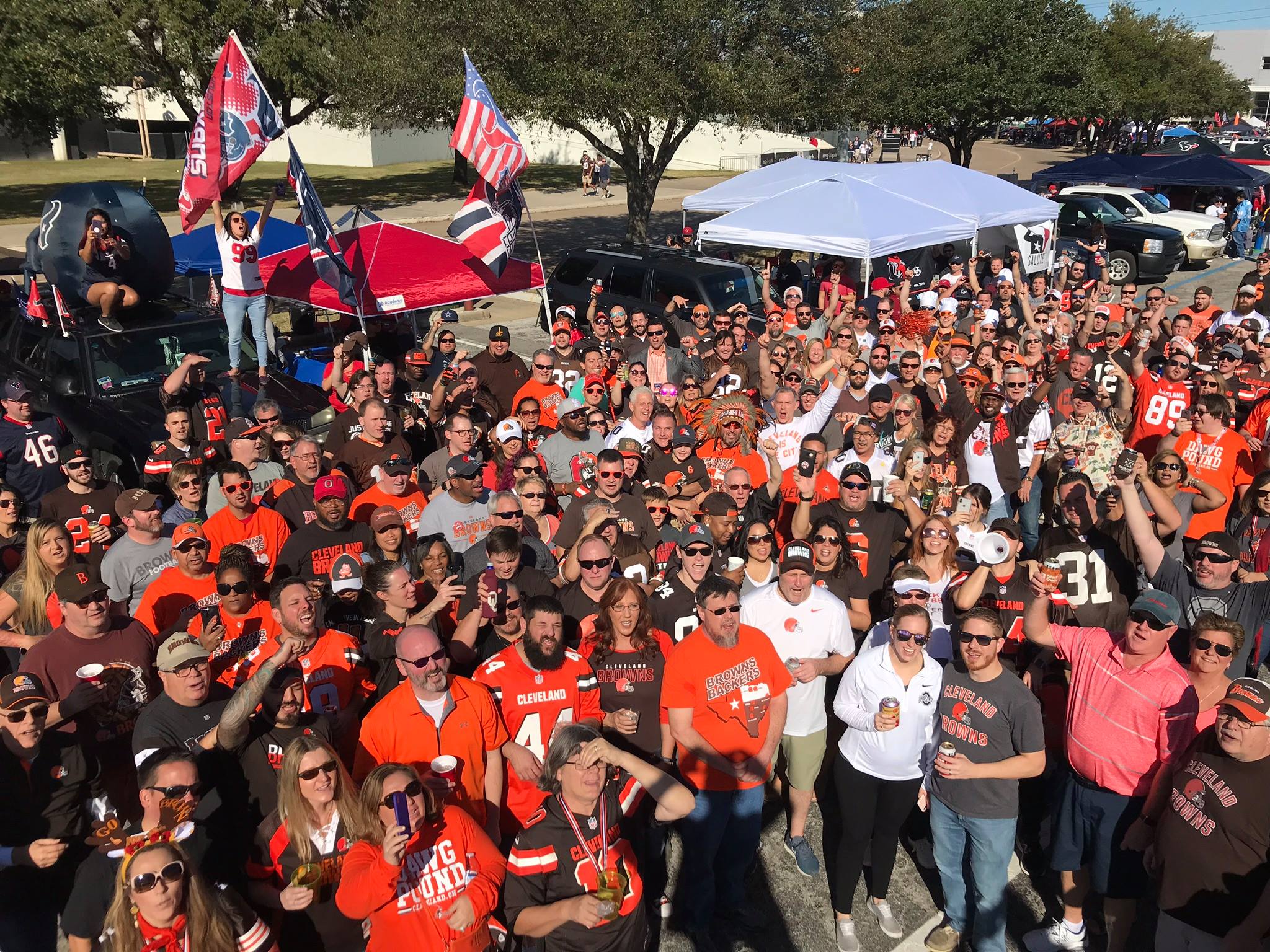 Our tailgate group at the 2018 game in Houston!

In 2017, the Browns came to Houston to face the Texans! We hosted a Saturday Night “Backer Bash” party and pre-game Tailgate for our local and visiting backers! Nearly 300 Browns Backers from 19 states and 2 countries attended the “Backer Bash” while approximately 200 attended the Tailgate.  Space City Dawg Pound donated $3500 to our 2017 charity Give Us Paws. Funds were raised via sales of our “Texas Browns Backers” theme T-shirts and raffle tickets.. In 2018 the Browns once again traveled to Houston to face the Texans. Approximately 250 Browns Backers attended our SCDP hosted pre-game Tailgate and feasted on our always popular BBQ. Corey Kinder, BBW Representative, and Browns minority owner JW Johnson joined in on the camaraderie. Although the game results weren’t what we wanted a terrific time was had by all!