The Space City Dawg Pound’s (SCDP) heritage dates back over 25 years to 1994 when Debi Bruce founded The Houston Browns Backers. The club quickly grew to a loyal following of 60 fans who met at SRO Sports Bar every NFL Sunday to cheer on the Browns. At that time the Browns were in the AFC Central along with Houston Oilers which made for an annual Saturday night Browns Bash prior to the yearly game. In 1995 Debi Bruce relocated to California and she was succeeded as President by Alan Davis. The club continued to meet at SRO Sports Bar suffering the pain of Art Model announcing the team’s move to Baltimore. The club was mothballed until the return of the Browns in 1999. Alan Davis continued as President and registered the club with the Browns Backers Worldwide. The name of the club was changed to The Space City Dawg Pound to reflect the manned space heritage of Houston. 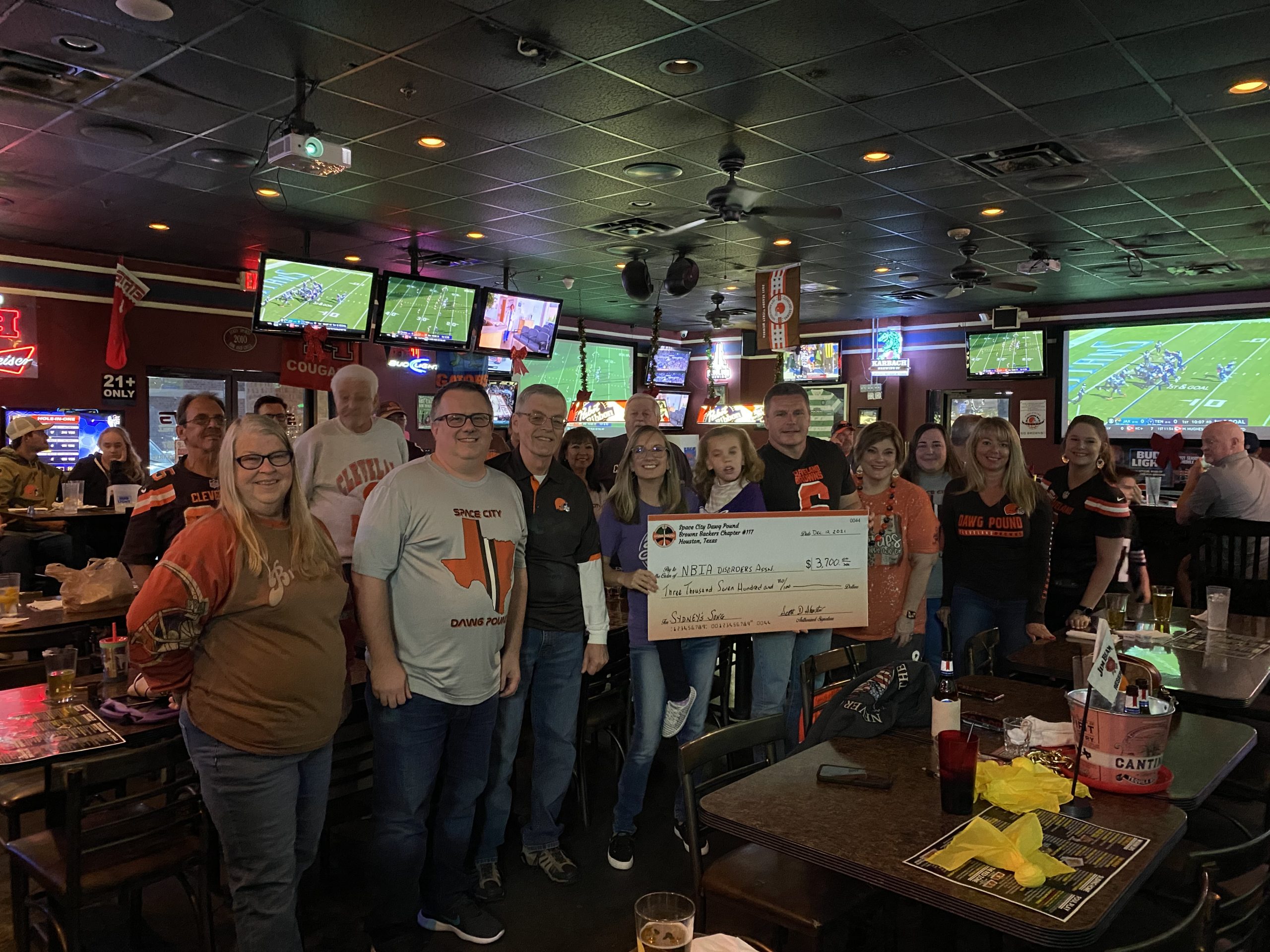 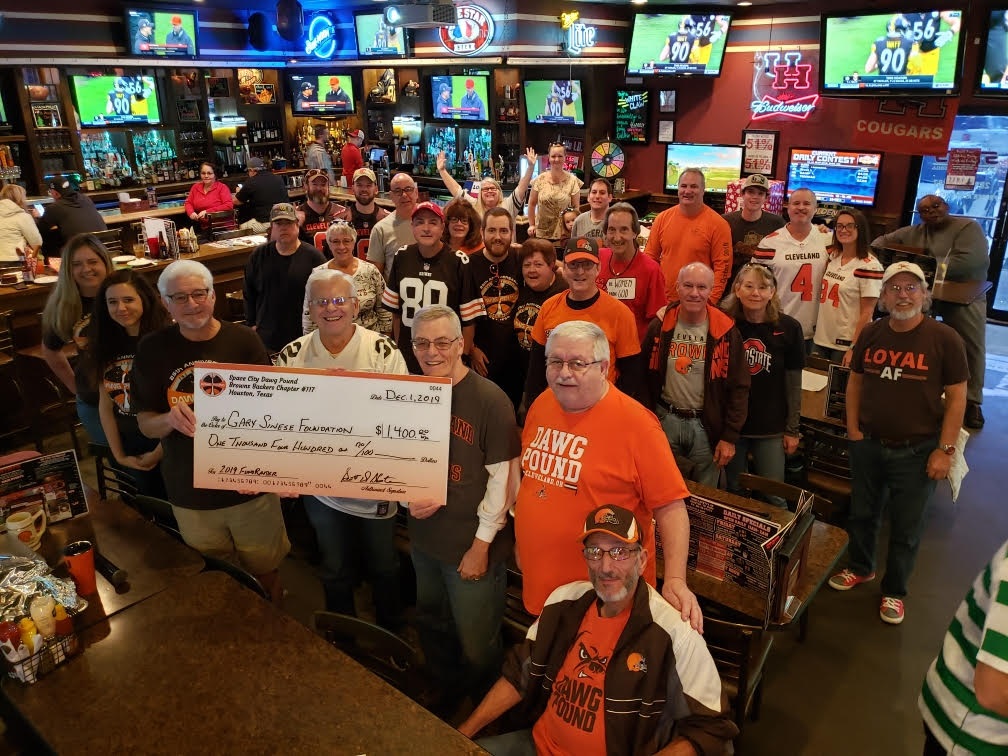 2019 donation to the Gary Sinise Foundation 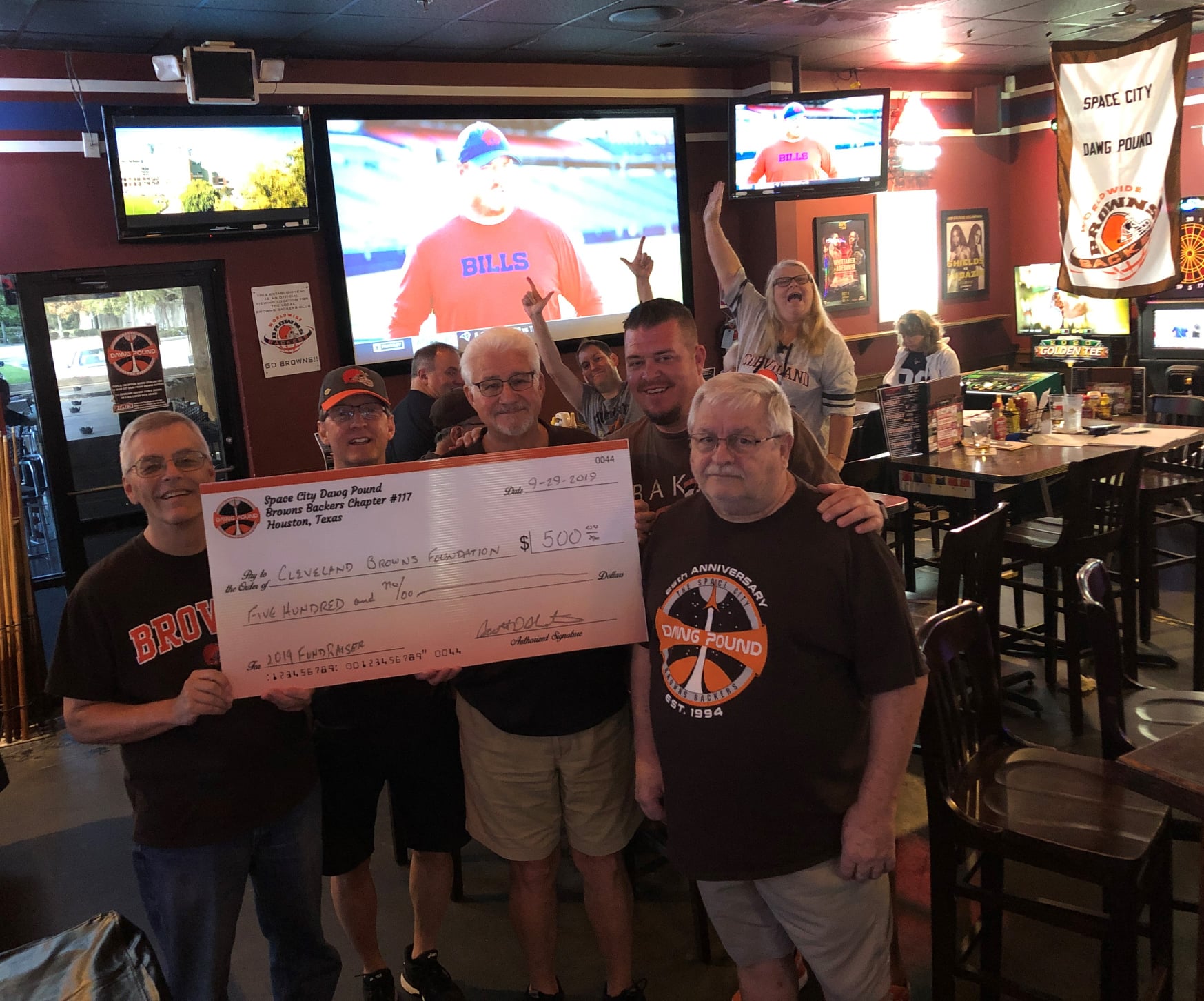 Donation to the 2019 Cleveland Browns Foundation, Get 2 School, Stay in the Game! 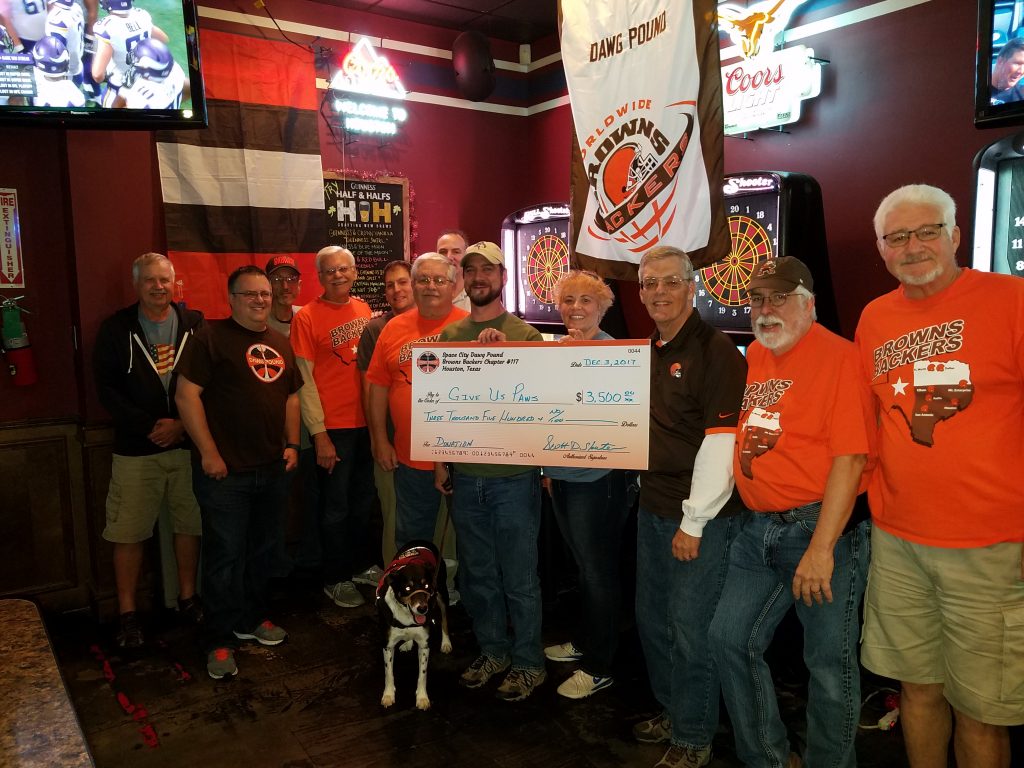 SCDP presenting a donation to Give Us Paws

Interest in the SCDP fan club and in its Game day attendance gradually increased. In response to this interest a Facebook Group was created in 2009. Today, over 800 Browns fans engage in a spirited discussion about our favorite team. Also, in 2015 a second game day location was opened. Today our game day locations are STATS Sports Bar & Grill and Craft Republic. 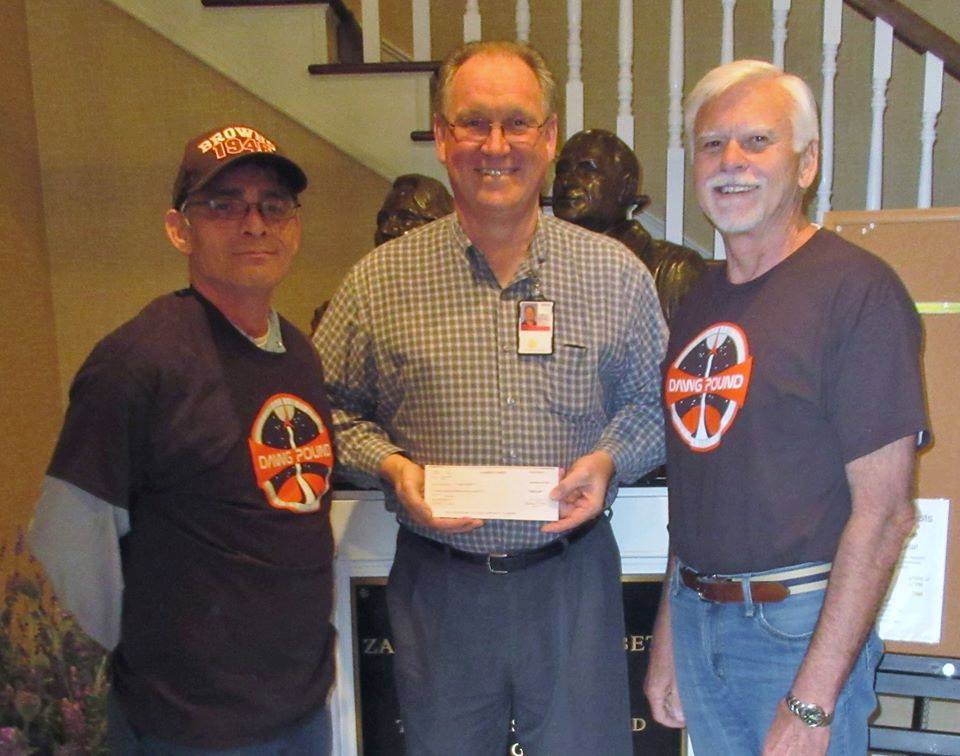 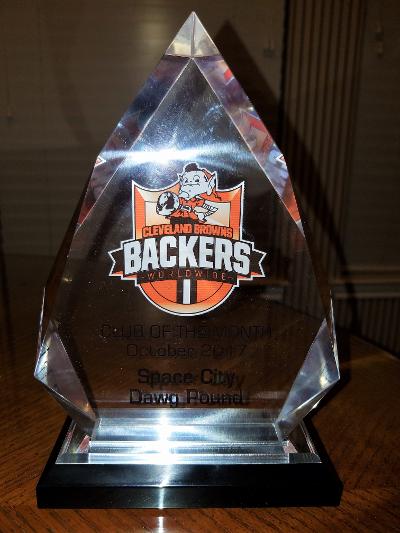 The Trophy for the October 2017 Club of the Month